The Czech Republic is a central-European country, bordered by Austria, Slovakia, Poland, and Germany. Thanks to its location in the real heart of the continent, it always has been an important junction for communication links between trade and cultural centers of Europe.

The Czech Republic is composed of 3 historical parts: Bohemia, Moravia, and Silesia. The Czech territory is surprisingly rich in different kinds of landscape: the mountain regions all around the borders covered with deep forests, romantic rocks of the Bohemian Paradise, sleepy ponds, and silver rivers of the South Bohemia, mysterious caverns just 30 min from the Capital, etc. The central and the Northern part of the Bohemia are mostly devoted to the industry while the South and the East are traditionally agricultural lands with lovely orchards, wide fields, and undulating vineyards. The western Bohemia is famous for its hot springs. 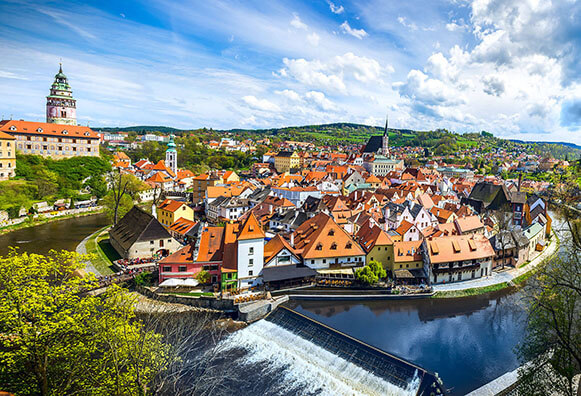 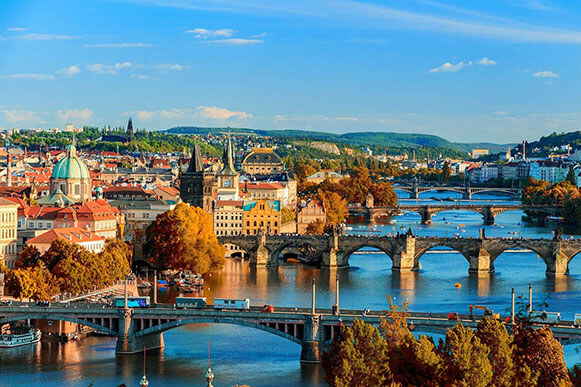 In addition to the beautiful nature, Czech Republic offers sympathetic towns and picturesque villages with their genuine art and folklore tradition. Wandering through the country, you will discover more than 100 castles, from craggy fortresses to more refined, aristocratic chateaus.

Nearly 95 percent of the population consists of Czechs and Moravians. The other major ethnic groups are Slovaks & Ukraine. In big cities, mainly in Prague, many foreign citizens live, study, work, and marry. There are important German, French and American minorities.

More than 75 percent of the people live in urban areas, though most of the cities are of modest size. Wonderful little towns, such as Telc, Trebon, Cesky Krumlov, Olomouc, or Litomysl, offer an agreeable relaxing rhythm of life combined with rich local traditions and festivities.

The Czech language makes part of the Slavonic group, which is one of the 3 important linguistic families of Europe. The Czech is very close to the Slovak. The complexity of those languages being considerable, Czech people currently learn English in order to welcome foreign visitors, so you shall not have any problems with communication.

In addition, Czech people are very hospitable, they like informality and conviviality. 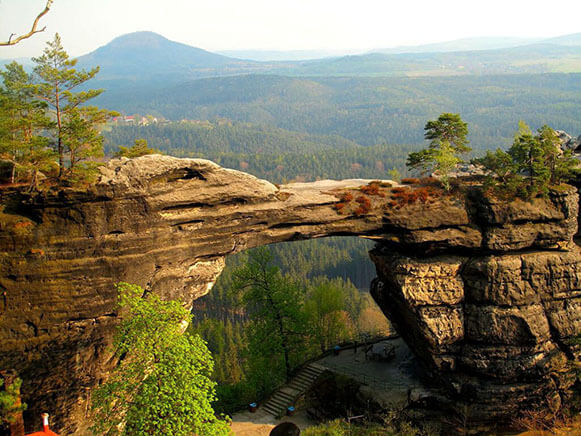 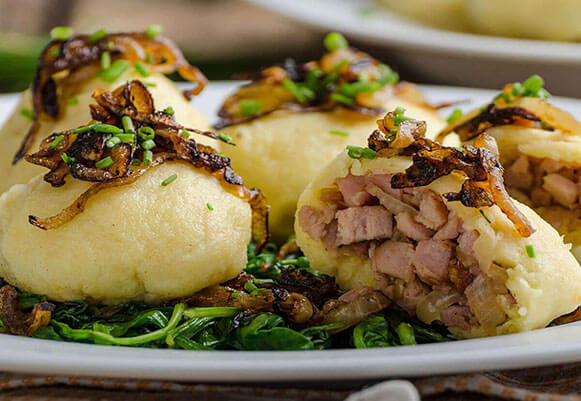 Over the centuries, Czech cooking has absorbed various specialties from its neighbors: Slovakia, Austria, Germany, Hungary… but as one of the cultural crossroads of Europe, Prague knew as well French as Italian or Russian influences.

The relatively cool climate is the reason why traditional Czech cuisine promotes meat, sauce, and heavy trimmings with only seasonal use of vegetables. Among meats, pork is the most common, but duck, goose, and game are also extremely popular.

Many traditional Czech entrées, such as sausages with horseradish or poppy-seeds pretzels, are served with beer.

Potatoes are still the main ingredient of many popular Czech dishes, e.g. the potato pancake “bramborák” aromatized with marjoram and garlic. Another traditional vegetable is the sauerkraut, which can be used for all kinds of purposes: salads, soups, pancakes, side-dishes, fillings…

Czechs are also known for their sweet tooth and make fabulous, rich desserts. That particular art especially flourished in the 19th century and it enriched the cuisine of the whole central-European region. Apple strudel and various kinds of cakes like “babovka” are considered as traditional in Prague as they are in Vienna, and constitute one of the more cherished parts of a shared imperial heritage.

Czech cuisine isn’t very dietary and it’s not the best choice for vegetarians but can offer some interesting and favorite meals. The traditional choice is potato soup and roast pork with dumplings and cabbage. Dumplings are very popular and frequent. You may find them with many sauces and of course sweet dumplings filled with fruit.

Czech meal often starts with soup. Some popular are the potato soup, garlic soup, beef soup with liver dumplings, chicken noodle soup, and tripe soup. The main course usually consists of meat and a side dish. The most popular meats are chicken and pork, sometimes beef, often with some sauce. Popular fish are trout and carp (carp is a traditional Christmas meal). The most common side dishes are boiled, mashed or roasted potatoes, rice, bread, or potato dumplings.